The Problems of a Lifetime Exit If you’ve created or reviewed thousands of buy-sell agreements, like I have, you’ll soon realize it’s usually much better for a co-owner to exit by death rather than to exit while they are alive. You may wonder why. The simple answer is that death is the only ownership exit event that is funded under most buy-sell agreements.

Consider that the typical boilerplate buy-sell agreement addresses only two ownership transfer scenarios: death of an owner or an owner’s wish to sell to an outside third party. In the case of an owner’s death, there is usually a mandatory sale and purchase at the value stated in the buy-sell agreement and the purchase is funded by life insurance. In the case of an owner wishing to sell his or her ownership to an outside third party, the agreement usually allows the remaining owners to purchase his or her interest at the price offered by the outside party, the price stated in the buy-sell agreement, or the lower of the two.

What is not adequately addressed is the situation where one co-owner wants to exit and sell their ownership to other co-owners or the company during their lifetime. Reasons for their exit may include:

No matter the situation, Exit Planning Advisors that explain these common events to their clients and walk them through theoretical scenarios are more likely to get the owners motivated to review their current buy-sell agreements.

The typical buy-sell agreement provision (if any) provides an option to the company to purchase an owner’s interest at the value agreed upon in the agreement. The form of payment is a multi-year promissory note. Depending on how valuation is determined in the agreement, the value may favor the buyer or the seller. Additionally, purchasing ownership in this manner creates a double tax on the income produced by the business.

So, what is the best approach to designing a buy-sell agreement to provide for the sale of an owner’s interest to other owners, the company, or key employees? 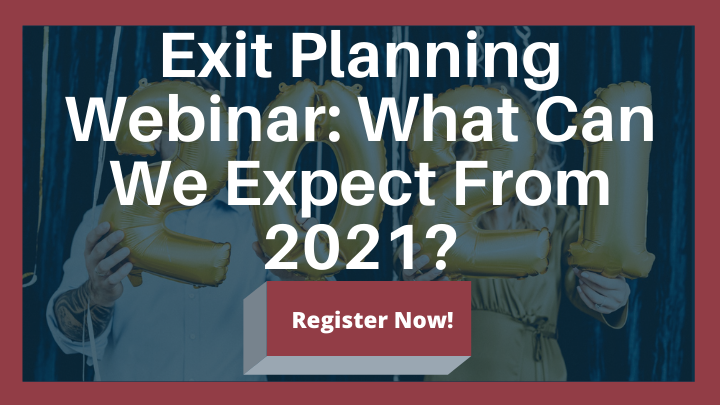 First, advisors must understand the tax consequences of such a transaction to the buyer and the seller. Second, the sale needs to be structured to minimize the tax consequences to the departing owner and to the buyer. Third, advisors will want to bear in mind it’s best to structure a co-owner’s buyout before any co-owner is contemplating an exit and when all are in agreement. Fourth, the goal should be to agree on the total net after-tax proceeds a departing owner will receive, and then determine the most tax efficient way to accomplish that. Fifth, advisors should be prepared to discuss with owners the following considerations:

The next blog winds up this series on buy-sell agreements. I will discuss a seldom discussed but useful concept – how to plan for an unexpected disability of an owner.